You have to see Recanati and even more you have to visit Palazzo Leopardi. It helps you understand. 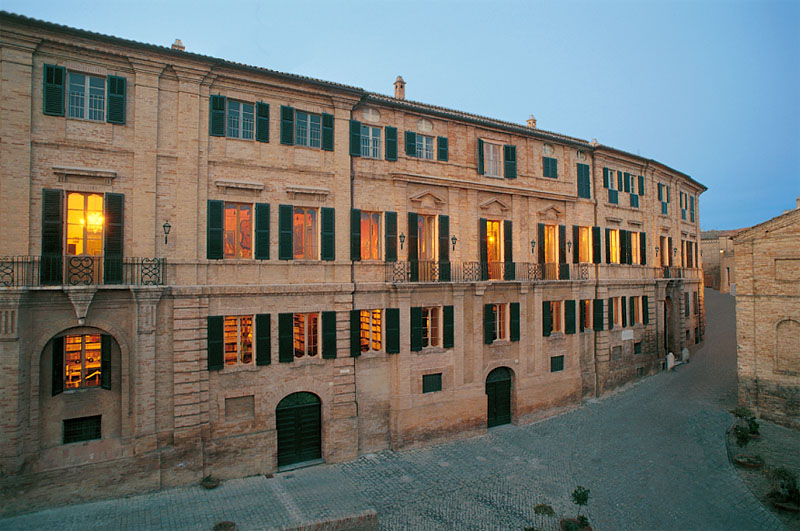 Those were the spaces where Giacomo studied and wrote so much that he got sick, “what else can I do?” he complained to his friend Giordani, “the only amusement is the one that is killing me: everything else is boring”.

Still, that is where he wrote “Vaghe stelle dell’Orsa” or his most famous poem “The Infinite” while he was contemplating from his garden the neverending hills. He was looking out from the window of his bedroom that he described in “Sera del dì di festa”: “Dolce e chiara è la notte e senza vento / E queta sovra i tetti e in mezzo agli orti / Posa la luna, e di lontan rivela / Serena ogni montagna [Sweet and bright is the night and windless / And calm upon the roofs and among the gardens / The moon poses, and from afar reveals / Peaceful every mountain]”. 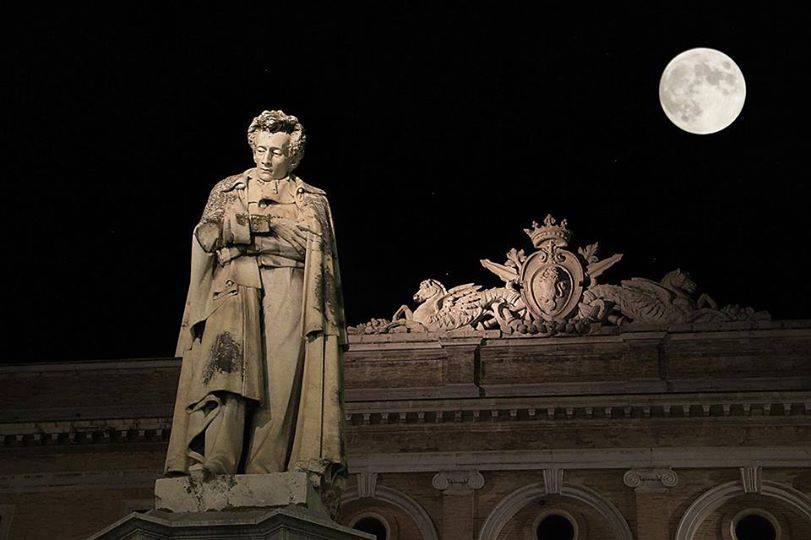 You have to visit the beautiful library with its thirty-thousand books of Count Monaldo, every day of the year, where Giacomo used to spend his days.

“Sulla porta ci sta scritto ch’ella è fatta per li cittadini e sarebbe aperta a tutti. Ora quanti pensa Ella che la frequentino? [On the door, you can read that it was made for the citizens and it is open for everyone. How many people pay a visit, would you think?]”, wrote Giacomo to Giordani, the only saving anchor in that nothingness. What a nothingness, indeed!

“Not having a literate to entertain himself, keeping all his thoughts for himself, not having the opportunity to show and discuss his opinions”, this was what made Giacomo escape his native and wild borgo, never to go back there again.

However that is the place where the genius was born and grew up, where he could enjoy, thanks to his father Monaldo, “a crazy and very desperate study” and he became the most loved Italian poet.

It is well worth a visit to these beautiful places, they look different today though nothing has really changed, framed by the heaving green sea where it would be so sweet to go under and full of Giacomo’s never-ending poetry.