The city of Ancona deserves a world record in cultural heritage.
Two individuals with disability made this possible and they made a virtue out of necessity. They are Daniela Bottegoni and Aldo Grassini, they are both blind and a couple who share the passion for travelling, culture, arts, which they approached with awareness and attention using the available senses, first of all the touch. 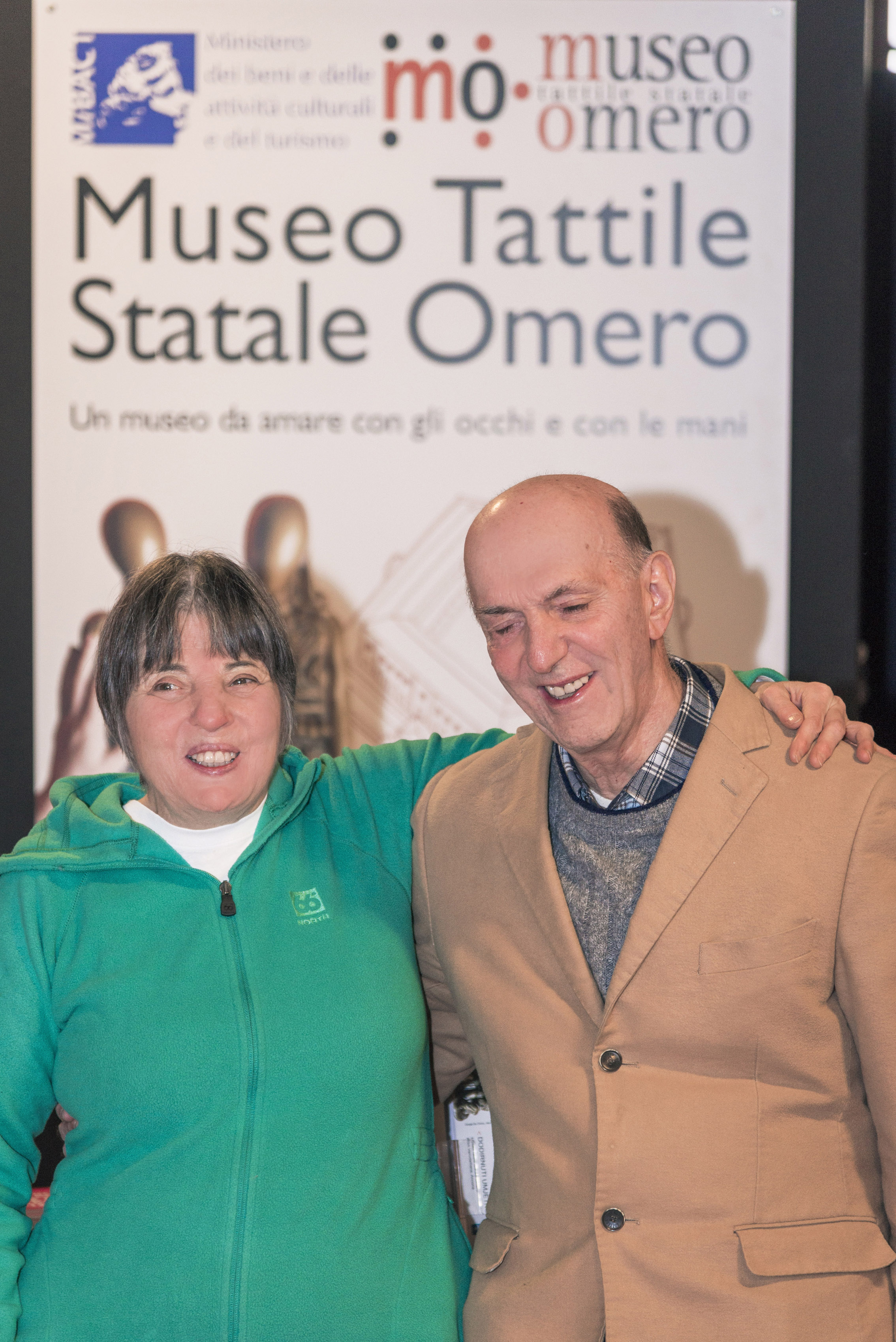 The wish to know the shapes of the sculptures not only from the descriptions made by refined and educated critics, the desire to explore them with their hands, the insistence in pursuing this craving for arts made it possible for them to develop the idea of a museum where everyone could use the sense of touch to understand better the masterpieces of arts enjoying the freedom to feel them as they own. That is how the Museo Omero in Ancona was funded more than twenty-five years ago (on May, 29 1993). In the beginning its main seat was located inside a school, while in 2008 it moved finally in a much more adequate location , that is the Mole Vanvitelliana which became the prestigious seat of the now public museum. 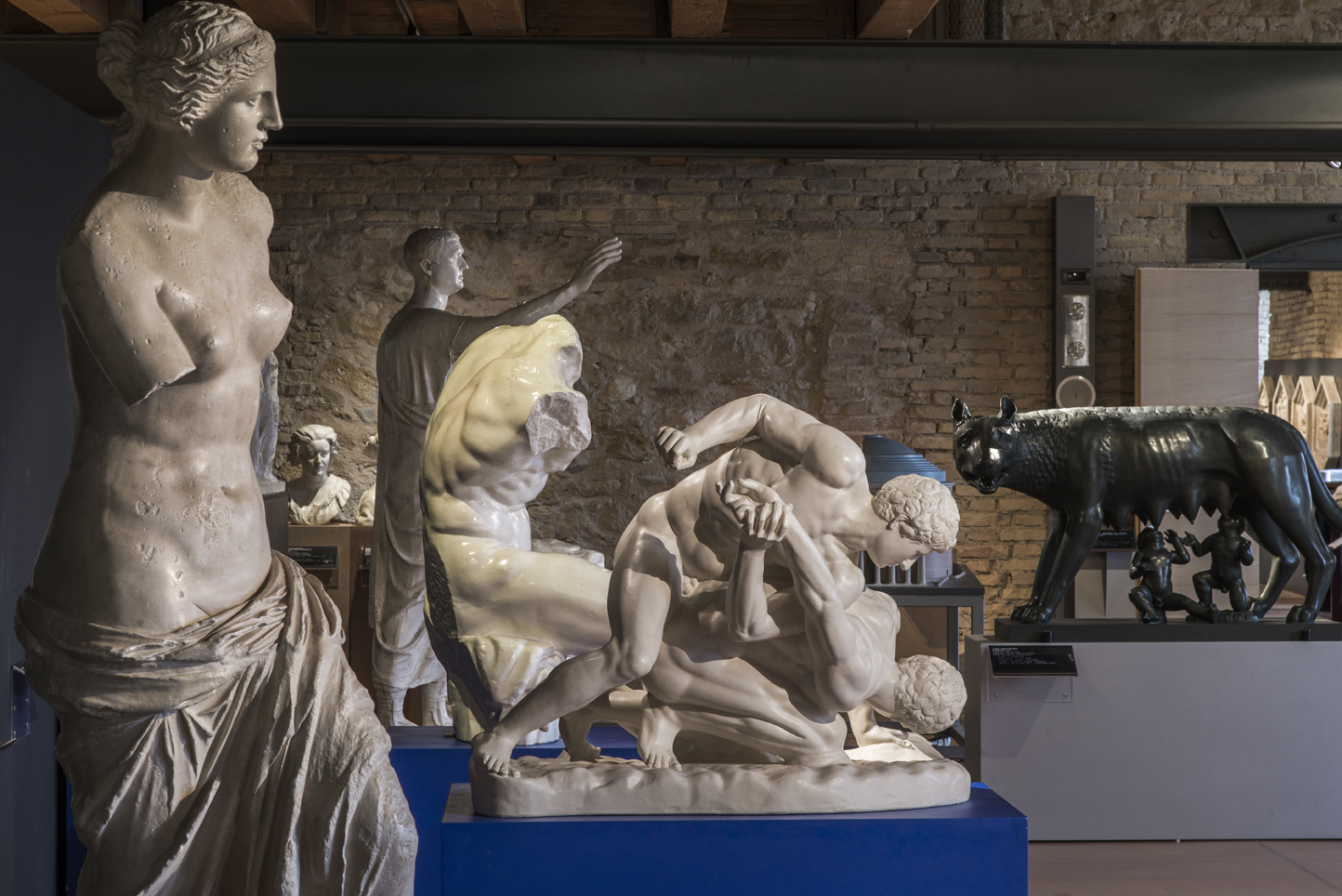 Who attends the Museo Omero? Not only the blind for sure. Everyone can do it. The visitors, if they wish, can experience the path in the dark: blindfolded and with the help of the museum workers they are directed to walk the halls, pausing in front of the various works, touching faces, bodies, gestures, expressions, discovering volumes and prospects through their own hands. 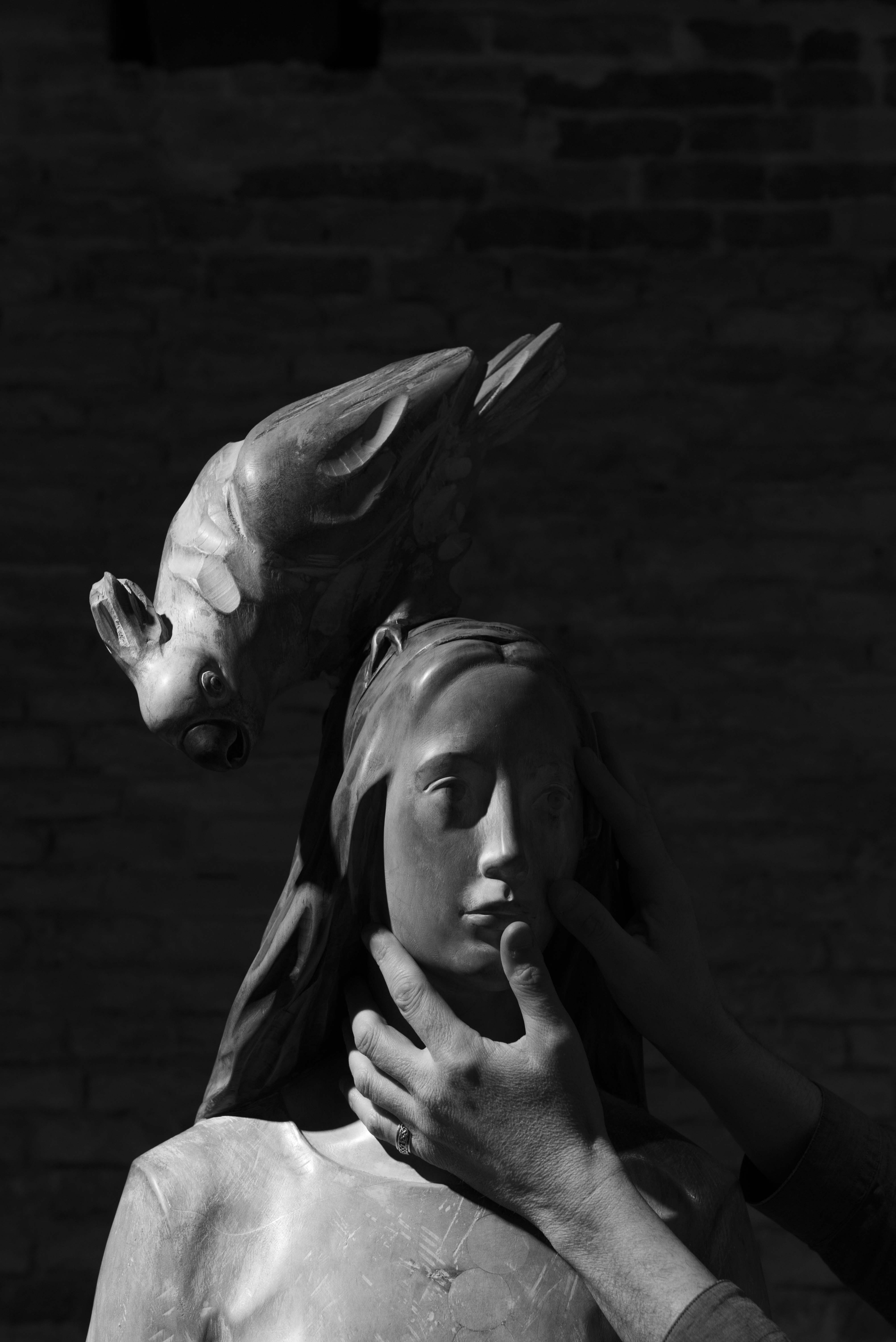 So a structure not only for those who cannot measure themselves against light and image, but to reveal to everyone, the possibilities of perception. The Museo Tattile Statale Omero (i.e. Tactile State Museum Omero) has made tactile observation its main channel of knowledge: an approach to aesthetics largely unexplored even by blind people, despite its profound epistemological value.
The Museum was born with the aim of filling the void in the panorama of cultural services for the blind, but also with the aim of offering everyone an innovative space where the artistic perception is delivered through extra visual multi-sensorial suggestions.
Over the years it has become a centre for creative projects and activities, workshops, concerts, exhibitions, conferences and training. It is very popular with school groups that also participate in workshops. Over time, international projects and collaborations have developed with universities (Kofu, Japan), Italian Cultural Institutes abroad (Egypt and Beirut), Museums (The City of Science at La Villette in Paris, Archaeological Museum of Vilamuseu in Alicante). 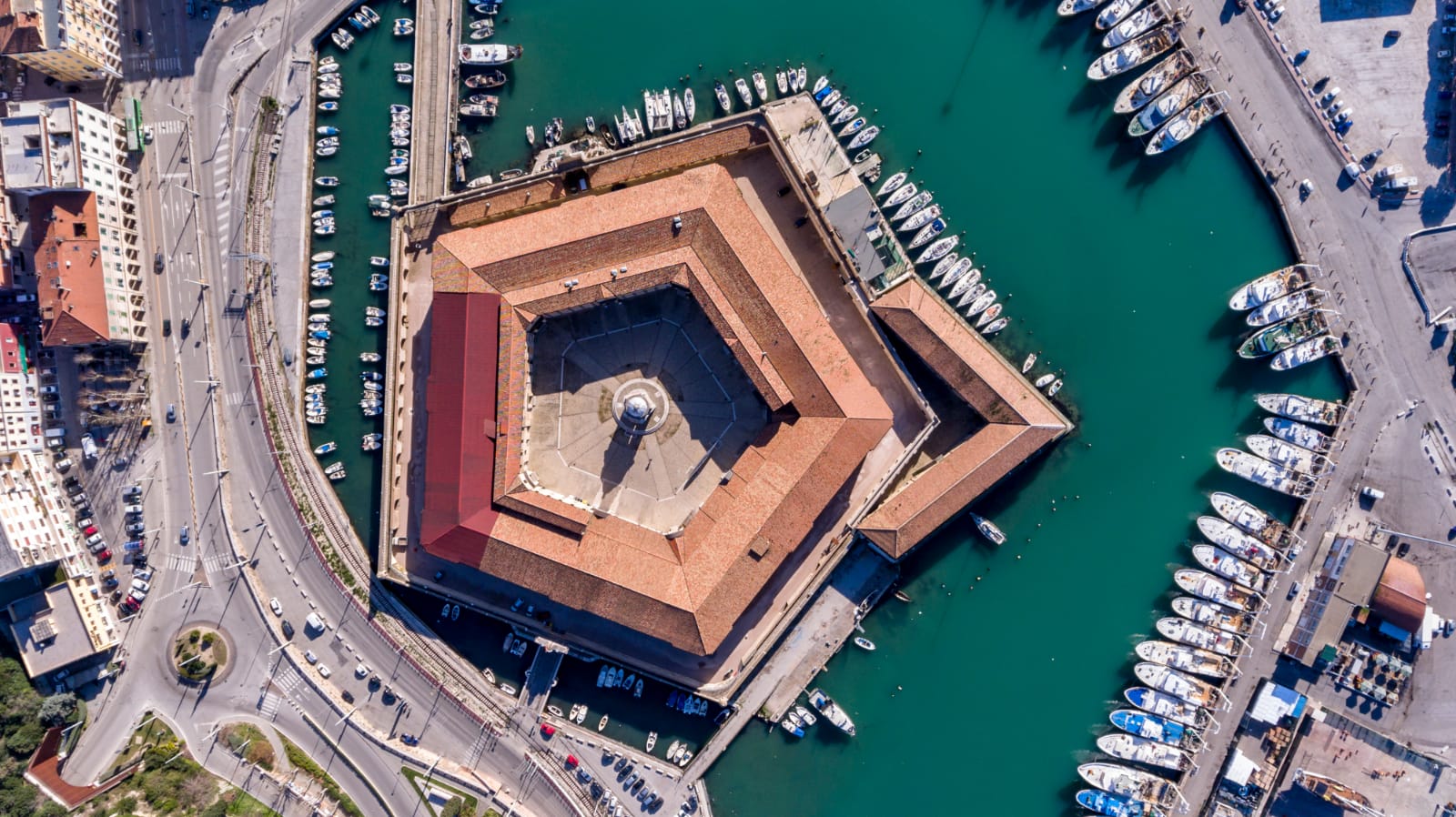 In this period, the 18th edition of “Sensi d’Estate” will take place, that is multisensory courses of Arts, Theater, Music, Smells and Flavours, every Wednesday from July, 17th to August, 21st. In the days of the exhibition, the exhibition “RABARAMA and young artists” will be open to the public in the rooms of the Omero Museum until 24 with sculptures to caress, tactile books to browse and musical compositions to listen to: works by Rabarama and finalist works by students who have participated in the Biennale Arteinsieme, inspired by the sculptor and Maestro Michele Mariotti.
Admission to the Omero Museum is free at the following times: from September to June from Tuesdays to Saturdays 4 – 7 pm;
Sundays and holidays 10am – 1pm and 4pm – 7 pm.
From July to August: Tuesdays, Wednesdays, Thursdays, Saturdays 17-20;
Fridays, Sundays and August, 15th (bank holiday) from 10 – 13 and 17 – 20.
There are special openings for groups and schools.
From May, 17th to November, 22nd 2019 open also in the morning 10 am – 1 pm on the occasion of the cruise landing at the Port of Ancona. Closed on Mondays. 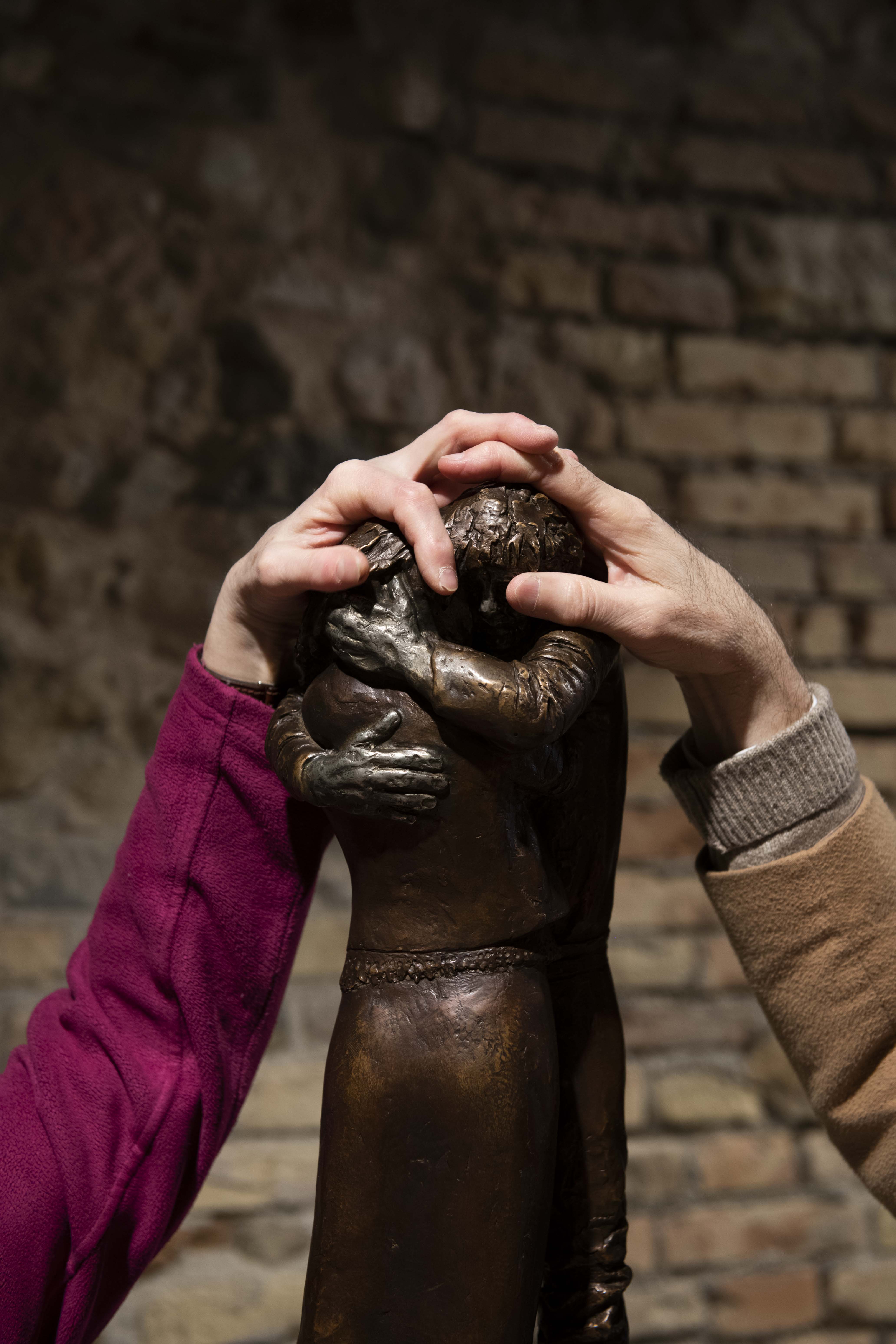 This museum is mostly visited by non-residents and foreigners: it is a treasure for the city of Ancona. Thanks to Aldo and Daniela and all their collaborators.